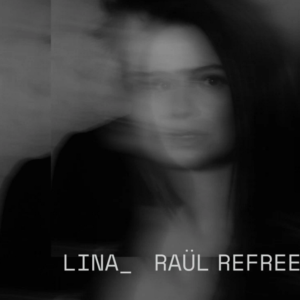 Stripped bare and rebuilt from the foundations up, the congruous and accentuate sonic and voice union of the striking siren simply known as Lina and Raül Refree subtly revive the often sullen and forlorn Portuguese tradition of ‘fado’. Working together for the first time, this collaborative partnership transforms a classic songbook of material made famous by the queen of fado, Amália Rodrigues, whilst keeping an essence of that folkloric style’s veneration and plaintive pull.

Continuing with a fresh formula that in the last few years has worked wonders for his collaborations with Sonic Youth’s Lee Ranaldo and the “incendiary” flamenco artist Rosalia, and created an experimental sonic mirage out of the on and off set atmosphere of Isaki Lacuesta’s flamenco exploration ‘Entre dos Agua’, Refree transports that tradition beyond its origins into an abstract soundscape that could evoke French Chanson as much as the Kosmische, and even the soundtrack work of Angelo Badalamenti.  Not so much a sacrilege as a move away from past constrictions the multitalented musician/producer puts a contemporary spin on the indigenous musical form by removing the synonymous acoustic guitar accompaniment for a nuanced atmosphere of augmented, reverent and ambient analogue synthesizer and neoclassical piano.

Enervated circular metallic, vaporous mists and centrifugal forces envelope, caress or appear like distant murmurings, layered beneath Lina’s diaphanous and starkly sonorous vocals; taking the determined and soulful kernel of fado into some gauze-y, ominous and alien dimensions. Channeling the spirit of chanteuse and actress Amália Rodrigues – who did more than anyone to spread fado beyond the borders of Portugal – Lina’s adroit refashioning of the late performer’s repertoire plays centre stage on this experimentally minimalist LP.

A scion of fado, Lina inherited an interest in the style at the age of fifthteen. Broadening horizons, the burgeoning enchantress also studied opera; the barest, although highly impressive, opening up of those scales can be heard at key punctuated moments throughout. Building a reputation for her haunted interpretations and range, Lina has performed as a regular at the venerated Clube de Fado in Lisbon. Venturing into new uncharted soundscapes, Lina invited Refree in to apply a more liberal contemporary, even mysterious, production.

The dynamics of these two artists works in part because of Refree’s lack of investment or adherence to fado’s signatures and history. Relatively unburdened by its weighty worthiness, though no less respectful, these classical lamentable yearns and ballads open out into magical realism, the dreamy and the esoteric.  On the echoed ‘Sta Luzia’ Lina sounds like a Portuguese transmogrification of Marianne Faithfull singing the ‘Ballad Of Lucy Jordon’, and on the rising torrid haunted sea omen ‘Gaivota’ you can hear touches of Diamanda Galas.

The beauty of morose and tragedy is explored with a synthesized and reconstructive intimacy that loses none of fado’s naturalistic and guttural heartbroken fragility. Refree’s production proves complimentary if subtly transformative; underpinning and accentuating the power and stark brilliance of Lina’s stirring performances without infringing upon the sensitivity or meaning.

Bellowed, ghostly, sensual, soothed and melodic: this album is all of these. Yet it is also sparse and stripped, almost to just the faintest of renderings with Refree’s presence at times almost recorded from beyond the ether. Fado’s legacy is in good hands as it lingers on into a new decade with a contemporary purpose.