Seven From The Monolith Cocktail Team

Welcome to the first edition of the Monolith Cocktail writer’s revue; a shorthand roundup of some of the team’s favourite choice albums from the last month or so. 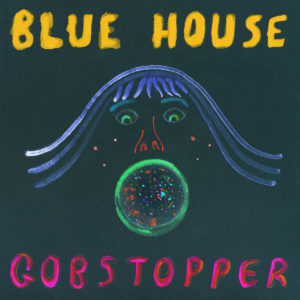 On a roll of late, the sweetly despondent songwriter-singer-musician James Howard continues to survey This Sceptered Isle with wistful melodious aplomb.

The fruits of two-years labour, Howard’s latest appearance as principle writer is with the Blue House collaboration; a group that boosts the talents of Ursula Russell (drumming for the brilliant Snapped Ankle, and soon to release music under the Ursa Major Moving Group), Dimitrios Ntontis (film composer and member of a host of bands including Pre Goblin) and Capitol K (the nom de plume of the ever-in-demand star producer Kristian Craig Robinson). Following up on the group’s 2016 acclaimed Suppose LP with another rich mellow empirical state-of-the-nation address, the Blue House’s easy-to-swallow Gobstopper is suffused with a languid disdain; the group drifting through the archetypal bleak waiting rooms of nostalgia and the limbo of benefit Britain.

Gently stunning throughout with hues of a gauze-y Kinks, a less nasal Lennon, a more wistful Bowie and woozy Stereolab, Howard and friends perform a disarming mini opus that soaks up the forlorn stench of an out-of-season postcard seaside pub, air-conditioned gyms and quaint English motorways. Gobstopper is without doubt a magnificent, beautifully crafted album; already a choice highlight of 2019. 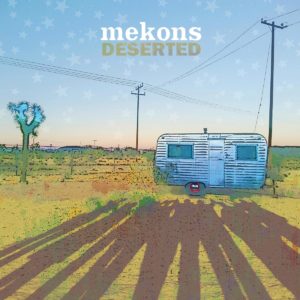 Always on the fringes, drawn throughout their five-decade (and still going) haphazard career to the rough and ready origins of not only punk but also, and with this their latest album, country music, the Mekons have suffered as many setbacks as they have triumphs. Gravitating towards Joshua Tree in California, with all the various lore and history that iconic location holds, the Mekons rabble find all the space and landscape they need on their first album in eight years, Deserted.

Recording just outside the shrine to counter-culture country – resting place homage of that visionary troubadour Gram Parsons -, at the studio of Mekons bassist and foundering member Dave Trumfio, the group explore the metaphysical and psychogeography of their desert muse: An open-ended stark landscape that’s, since the dawn of time, inspired a wealth of literature, music, film and travelogue.

Spiky, striding towards a mirage, sharing the camel-driven caravan with the Bad Seeds, Damned, Slits, Wovenhand, Radio Clash, Damon Albarn and PiL, they limber in a dub-y post-punk fashion or rattle through a hexed no-wave arid plain when in desert imbued mode, and channel ‘child-of-the-Jago’ old English romanticised poesy and Ronnie Lane gypsy serenaded folk rock when gazing upwards at the night skies.

Forty-one years in and showing no signs of fatigue, prompted to probe new sonic horizons, the Mekons inaugural album for Glitterbeat Records is possibly the Leeds troupe’s most expansive, deep and tactile albums yet. 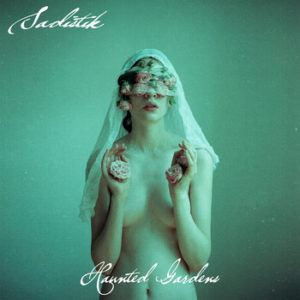 With the cloying hue and scent of deadly nightshade heavy in the air, Sadistik tending to Haunted Gardens is a classic in tainted soul catharsis. The passive/aggressive survival, functioning via the need to be numb – “I live and die every day, I’m so versatile” – makes for a doom-laden, backwoods champion when his sub-gothic poetry and demeanour wants to be anything but iconic. 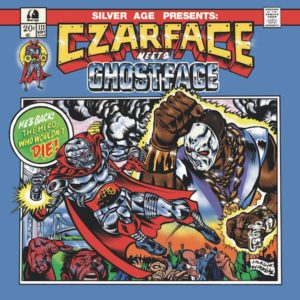 Round four of the Czarface chronicles, this time with Ghostface Killah in the guest hot seat. There are times when an isolated Tony Starks feels like a fourth wheel/fifth Beatle – 7L & Esoteric 1, Wu-Tang Clan 0 – but compared to some of his more recent long players his appetite on Czarface Meets Ghostface is well up. In amongst the usual play-your-position hurricane of uppercut-landing beats and career-ending 16s from the cipher to the comic book store is confirmation of what an amazingly consistent emcee Esoteric is. Don’t expect Czarface to relinquish their infinite lives status any time soon.

Foals ‘Everything Not Saved Will Be Lost Part 1’ (Transgressive/Warner Bros., 2019) 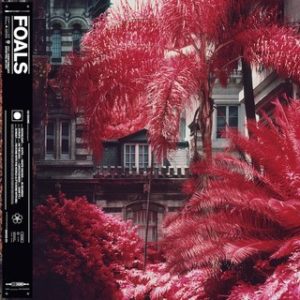 The looped vocals and acoustic guitar-buggy synth mix on the opener ‘Moonlight’, LCD-esque, Casio keyboard-driven dance funk of ‘In Degrees’ and the polyrhythmic blend of glassy marimbas and double-shuffle snare-heavy drumming on ‘Cafe D’Athens’ are sublime. I found the track ‘Sunday’ to be a little messy; the 4/4 dance beat that drops halfway through is jarring. It is a coherent album full of what I want to hear from Foals: Yannis losing himself on at least three occasions, intelligent interludes, mellow keys that encourage gentle head-nodding and generally fast-paced, cowbell-tapping, chin-stroking math rockery. Bring on Part 2! 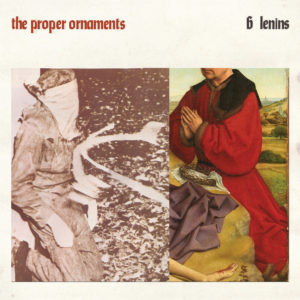 The Proper Ornaments Six Lenins LP is an album of beautifully crafted guitar songs that deal with hope, loss, love and heartache, and John Lennon; a man who would no doubt applaud this LP, for although portrayed as the snidely sarcastic Beatle, we-in-the-know know that was all just a front and he was a big softy at heart, who would have admired the songs that deal with the beauty in sadness, and the sadness in beauty, that runs throughout this fine album.

I can imagine Six Lenins being released in the late 80’s on Creation and being overlooked at the time: It has the qualities of a future overlooked classic, much like The Lilac Times Astronauts is or should be. In fact this LP at times brings to mind Ride when they were not in shoe gazing mode or the Spacemen 3 in their poppier moments, especially on the title track, when the beautiful organ makes a very subtle appearance. In fact the organ throughout is rather excellent and does not interfere with the overall sound of the LP but gives it a texture that ups the album a notch from being just another fine guitar record.

Six Lenins really is a beauty, and sounds like a proper ‘album’, not just a collection of songs huddled together in pretense, hoping no one will notice. And for that, if I were religious, I would say ‘Amen’. 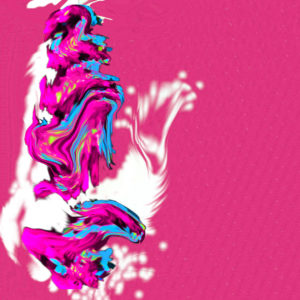 The intro track, all sped up and cut up voices mixed with discordant synth and guitar, leads into the wonderful ‘Fuzzlight’ – all Arabic piano and twangy guitar with lovely sultry vocals that sound like Haysi Fantayzee having a quiet word with themselves.

It really is nice to hear that bands have not lost the urge to try and make music that is both experimental and sexy; mixing cool Jazz with amusement arcade beats and raps with heavy guitar stabs, at times it reminds me of the wonderful Scott Walker’s later albums – heavy on the percussion with atmospheric sax.

These tracks are actually all over the place genre hopping in the same song; ‘Polar Magnet’ kicks off all Cardiacs’ riffs and then goes all Bjork on us, finishing with the singer coughing – there really is not enough coughing on records.

So Beast really should be applauded for Fit Unformal as it really is an unusual and highly successful stab at making an experimental alternative pop album.