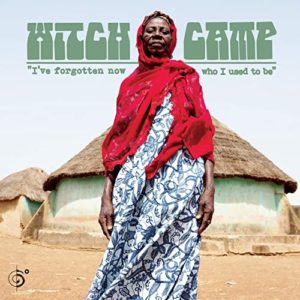 The explosion in all things witchy amongst those desperate to find alternative ways of expression, lifestyle and also an alternative to scientific reasoning in the West has been fueled by a “so-called” hunger for female empowerment. Replacing last season’s trend for “green” living, with “green witch” profiles on tik tok that attract billions of views, and covens of middle-class converts hexing Trump (all done with a social media campaign logo of course), witching is big business – you can walk into most High Street book stores and buy books on spells and such.

In the divisive arena of revisionism, leftist puritanical evangelism, witches are celebrated, held up as paragons of virtue in the war against the patriarch. It’s true, men in power, to even just the neighbours next door, throughout history in the Americas and Europe have demonized, leapt on those poor unfortunates they’ve accused of witchcraft: whether it’s in spite, envy, because they were different, unmarried, even disabled or maybe had mental illness. Zealot trials continued, like a stain on our ancestor’s character, even throughout the entire “enlightenment”; and even in recent times the stigma still exists in some countries.

Arguably this hunger for witches is convoluted, muddled up with an array of issues: from the political to those pushing alternative medicines and opting to drop-out of the Capitalist society – to go off grid as it were. Despite the history, it’s very unlikely that you are going to be arrested, ducked in the millpond or ostracized for embracing it in the West in the twenty-first century.

Compare this trend against the persecuted, living in fear women (and some men too) folk of northern Ghana’s guarded witch camps; the subjects of the Monolith Cocktail’s most prolific featured international producer Ian Brennan, and his partner in these recordings, the Italian-Rwandan filmmaker, photographer, author and activist Marilena Umuhoza Delli’s latest free-of-artifice, deeply connecting project, I’ve Forgotten Now Who I Used To Be.

Once more recording, capturing in-situ performances in as raw a set-up as possible, Ian and Marilena help to address, or at least draw attention to the oppressed and demonized women accused of witchcraft in Ghana. Forced to abandon their homes under threat of physical harm, even death, hundreds have found a less than safe environment in clandestine village like camps: eking out a living either selling firewood, working the fields and worse still, prostitution. Stigmatized as witches for little more than mental illness, blindness and physical disabilities, and as victims of certain conniving ruses in which land is stolen when their husbands die, these communities remain in a protective limbo – the Ghanaian government threatening to close such camps down.

Following on from similar ‘uncloying’ recordings in a post-genocide Rwanda (Hidden Musics 4: Abatwa) and Tasmania (drawing attention to the guarded albinism communities on the White African Power album), Ian and Marilena respectively assembled a hundred plus cast of women from across three camps for a earthy, soulful album of matter-of-fact entitled plights and plaints.

There’s a real connection between the two parties that comes across in these largely untouched performances, some of which capture the most truly raw of voices and expressed tragedies. Some of this is in some part a result of Marilena’s own tumultuous background, with her mother a widower from Rwanda, forced to seek a new life in one of Italy’s most conservative of regions. As an immigrant Marilena knows firsthand what prejudice feels and looks like, having also written two books on racism in her adoptive European home.

Recorded, we’re told, in just over six hours, with many of the participants in their seventies (an indictment on the treatment and casting out of the elderly), the twenty-tracks on this album vary in woes and joy (yes, joy). The heartbreaking titles (‘Hatred Drove Me From My Home’, ‘Everywhere I Turn, There Is Pain’) promise lament, yet mostly sound almost otherworldly: somewhere between the atavistic and unfamiliar. Down to its very roots and fibre, gospel, the blues and even folk music take on their original forms. Songs such as the pure-spirited vocal and percussive ‘I Must Build A New Home’ sound like a gamelan troupe came into town. It helps that these songs, and drumming circles are as far removed from a recording studio as you can possibly get.

Sagacious vocals, some in harmony with a group chorus, are accompanied by stringy, plucked rusty nylon-strung sounding guitar, clattery, stomp bounding hand drums and makeshift rhythmic objects on an album of intimate atmospheres. Away from suffrage there’s a lot of that joy I mentioned earlier to be found; an unbridled unshackled joy at that, with plenty of excitable handclapping, hollering and high yelps spontaneity. The environment and bleeding over of movement has a strange effect, resonance – a signature of all Ian’s recordings it must be said.

But this ain’t no witches coven dance around the cauldron, nor celebration of “alternative” cultural practices, or even an ethnographic study but the chance to hear outcast voices, living and breathing a desperate life, yet finding some release in pouring out song. The language, words and dialect might be phonetically alien, yet the sentiment, distress and plaint are universally understood.

Ian and Marilena once again dare to shed light on forgotten stories and trauma in many of the most dangerous settings, with music as enriching, new and different as it is healing. Thank god someone is.