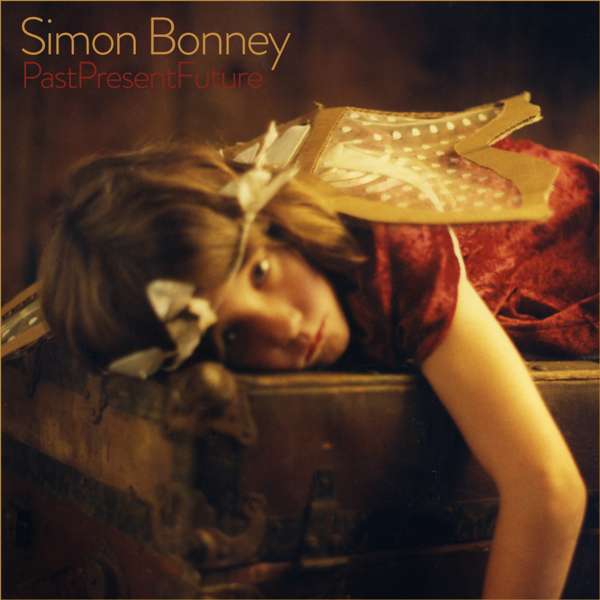 One of the great voices of Australian music over the last four decades Simon Bonney is nothing if not proficient in taking hiatuses. Emerging from just the most recent one, five years after the release of the last Crime And The City Solution opus American Twilight – itself, the first album by the iconic alienated nihilists turn beatific augurs of country-doom in twenty years -, and twenty-odd years since the shelving of his third solo LP Eyes Of Blue, Bonney makes a welcome return to the fold.

Prompted by the decision of Mute Records to facilitate the release of that fabled last solo songbook, the Past, Present, Future collection is both a reminder, featuring as it does tracks from both the 1992 Forever and 1994 Everyman albums, and showcase for six previously unreleased tracks from Eyes Of Blue.

Caught in the industry merger machinations of the late 90s, the Detroit imbued
recorded Eyes Of Blue fell victim to the fallout of A&M Records, “dissolved” into the behemoth of the Universal Music Corp just as Bonney was agreeing a deal with them to release it. As a consequence, what would have been his third solo LP and the perfect bookend to a brilliant run of country blues inspired songbooks, instead, sat in the vaults waiting patiently to get released.

Not new material but a catalyst for projects going forward, this solo collection proves as prescient today as it did back then. Especially the beguiling cover turns homage (in light of the recent passing of Scott Walker) of the brooding maestro’s stately majestic lament to fading beauty and decadence, ‘Duchess’. Brought to Bonney’s attention during recording suggestions for Eyes Of Blue by his producer on those sessions, Dave Feeny, Walker’s sullen lyrical masterpiece proves a congruous fit for the Australian’s rich lap steel and Dobro resonator thumbed and waning country malady signature style.

The effects of time and the changing landscape are running themes in all of Bonney’s solo work. Echoing loudly with the ongoing divisive debate of the present, many of these beautifully articulated sad declarations feature a protagonist searching for their place in the world, set often to a kind of American West favoured by The Band, but also the Outback. Alienation is a given: Bonney’s own past travails richly mined; the teenage runaway leaving behind the vast rustic expanses of Tasmania for the city life of Sydney, via the Australian metropolis’s Red Light district and squats. It was of course where the fourteen-year-old outsider formed the first incarnation of Crime And The City Solution, one of four such phases, the next taking shape with a move to London in 1984 and including both Mick Harvey and Rowland S. Howard (alongside the equally notable Harry Howard and Swell Maps’ Epic Soundtracks), the third such version taking shape in Berlin (embracing musicians from the city’s post-punk and post-Krautrock scenes, such as Einstürzende Neubauten’s Alexander Hacke), and fourth, in Detroit.

The greatest panoramic opus, an unedited version of the Everyman LP’s leitmotif, is in three parts a grand sweep with military snap snares. Bonney in resigned fatalism almost, swoons “I’m looking for a life I can’t explain” as a full-on assault from all directions bombards him. ‘Ravenswood’, taken from the Forever LP, is in a similar Western mythos mode a hard worn thunder and rain-beaten plaints with the age-old “rain on, rain on, rain on me” yearn that sets our high plains drifter on a course for redemptive change. Following in its wake is a ran of highlights from both Forever and Everyman, including the Orbison plays twanged angel to the Lone Justice declaration ‘Don’t Walk Away From Love’, the Lynchian motel spell (complete with a bongo anguish) ‘There Can Only Be One’, and bowing Greyhound bust tour through Texas Rose country runaway ‘Where Trouble Is Easier To Find’.

Much of the Bonney songbook, delivered with earnest, deep timeless country-imbued veneration, aches, even worships, for a string of muses; an undying, unwavering love to both the unattainable and lost. One such elegiac object of such pathos-inspired yearning is Edgar Allan Poe’s famous Annabelle Lee –the metaphorical lamentable figure of the Gothic polymath’s last poem -, who appears on both the eponymous and title tracks from Eyes OF Blue. Lovingly conveyed, even if it marks the death of that lady, it proves symmetry to the album’s profound poetic loss of influence, desire and alluring surface beauty of Duchess. Eyes Of Blue, which makes up half of this collection, follows on from the previous solo works perfectly. A touch deeper, even reverent perhaps, but every bit as bathed in country suffrage. Salvaged at long last, that lost album offers a closure of a kind. Proving however, to chime with the present, far from dated, the Eyes Of Blue part of this collection is a perfect finish to a great run of epic, though highly intimate, solo opuses; the songwriting as encapsulating and grandiose, earthy as you would expect.

Bonney remerges just when we need him; back after many setbacks, but enjoying music again (he says). Past, Present, Future can also be seen as perfect compilation of that solo catalogue for both hardy fans of the artist and as an introduction to one of Australia’s outstanding talents.